We parted ways, in 2019, with an edition of the "Trento Bondone" conditioned by the rain, which fell torrentially just before the open cars left. Let's resume the thread of the discussion, after the 2020 stop, with another wet edition and therefore a harbinger of twists: this time the rain began to fall before the end of group A and gave life to a truly unpredictable top ten, in which six drivers were catapulted to drive cars of groups A or RsPlus. What has not changed, in such a particular context, however, was the name of the winner: Simone Faggioli has made this competition his own for the eleventh time, unleashing a super test even in the pouring rain, closed with a time of 10 ' 45 ”22, 38” 02 better than the one set by the eternal rival Christian Merli, who finished in second place. The driver from Fiavet hoped to be able to use the soaked asphalt to his advantage to fill the gap that divides the two cars on this very tortuous track, but he did not succeed. 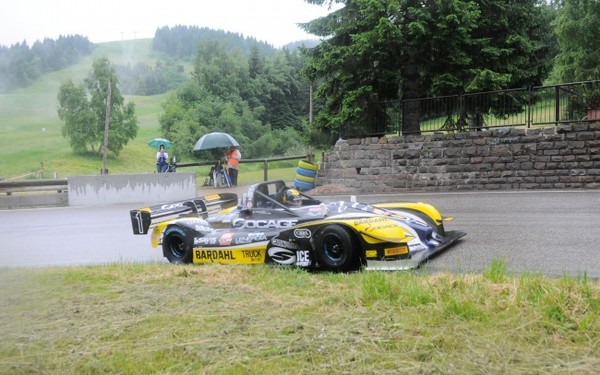 The real surprise then becomes the name of the third overall, Maurizio Pioner from Trentino, who finished in first place in the general classification when the race was interrupted to recover Andrea Lombardi's car, which had come out shortly before at station 54, immediately above Norge. During the break it began to rain and then when we started again a different race began: those who had already arrived began to wait how long the position conquered would survive, those who still had to climb began to prepare for a skill test.

The wait to see a "wet" car enter the top ten lasted a long time, exactly until Mirco Venturato crossed the finish line on Formula Gloria, who set the provisional fourth fastest time (11'35 "30), while to see Pioner abdicate from the first place it was necessary to wait for Vason even Christian Merli, who passed in command of a breath (1 second). But only for a moment, because then Simone Faggioli arrived and took the booty home, as usual.
A day to remember also for Giacomo Liuzzi from Fasano, who in addition to having won in the RsPlus group, with his Mini Cooper S finished fourth overall, just one second behind Maurizio Pioner. The same goes for another Apulian, Vito Tagliente from Taranto, who, at the wheel of a Peugeot 308, achieved an absolute dream fifth place. Sixth, as we said, Mirco Venturato, second among the E2-SS, seventh the Sicilian Isidoro Alastra on Clio Rs, right in front of Gabriella Pedroni on Mitsubishi Lancer Evo IX, who was not in the skin both for the success in group N and for the historic eighth place overall. Thanks to her we find three drivers from Trentino in the top eight. 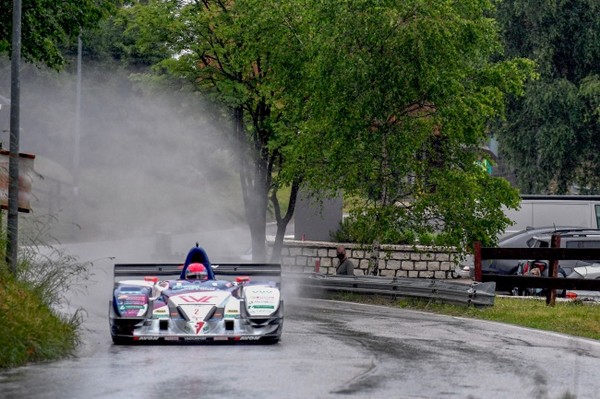 The measure of how hard the race was for the "sport" cars is given by the rest of the overall classification, which sees only cars covered up to 24th place, with the exception of Federico Liber from Verona, on Formula Gloria C8P Evo, capable to set the time of 11'42 ”62, the tenth overall.
Giuseppe Ghezzi was also happy for his performance in the Porsche 911 GT3, who with his teeth won an absolute 23rd place in the pouring rain and above all the success among the GT group Supercars. Second place, also from thirty, with Dario Baruchelli also in the 911 GT3 and the podium completed by Stefano Artuso from Padua in a Ferrari 458 EVO, who, although struggling in the wet, did full of points in the GT Cup.